skip to main | skip to sidebar

Paper Crane, a musical
will be opening in the
Penang Performing Arts Centre (PenangPac)
on Saturday, 25 August, 2012.

If you visit here and are wondering why this blog hasn't been updated for eons it's because the writings are now here.

You probably noticed by now that I have done some irreparable damage to the format of both my blogs TOKKOK and Niamah!!!

I accepted blogspot's invitation to upgrade to a newer version or something like that. Click, click, click...and then half the stuff on my original blog format disappeared.

Half a day at the balai polis 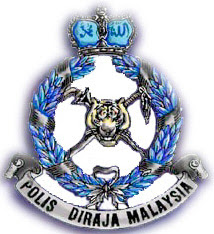 It's true! The staff at balai polis these days do provide service with a smile. I had a first hand experience this morning when I went to lodge a police report against a neighbour whom I believed was posing a great physical danger to my young children. Here is my account of my experience.

I arrive at the Balai Polis Taman Melawati thinking that since I live in Ulu Klang that was the balai for me. I was told this by some lawyer who, when I remember his name, I shall go kick him in the nuts. When I walked through the door of the balai I was greeted by smiling officers, one corporal, one lance corporal and 2 constables who invited me to make myself comfortable while they attended to preceding report makers first. The office was air-conditioned although it still looked like a typical Malaysian government department mess.

Prior to my arrival at the balai i I had typed out my report at home and printed it out. I thought this would save some time for myself and some grief for the officer who would most probably be computer/keyboard challenged.

When my turn came I handed my printed account of the incident to the constable who immediately grimaced when he realised that it was in English. He took great pains to read what I had written in plain and very simple English. I know because he was reading my writing aloud one word at a time. After some 3 or 4 lines the corporal advised, "Bagi la Encik Patrick. Dia boleh type sendiri kan?" Okay. Sure. The P.C. (the one in uniform not the one on the desk) turned the monitor to face me and surrendered his keyboard. I proceeded to re-type what I had already done at home. They cannot accept that you see. They have to enter the report into their system. Scanning and all I presumed was a 'tak boleh'. When I was almost through typing the monitor screen blinked once and all my words disappeared from the screen into cyberspace. This caused the corporal to burst into raucous laughter. Though not aimed to make fun of me. He said that this kind of thing sometimes happens and instructed me to type the whole thing all over again. I did and finally managed to finish my report.

The P.C. took back control of his p.c. and proceeded with another attempt to read my report. He gave up halfway through the first paragraph and hit the print button. Printed two copies of the report and handed one to the lance corporal behind him who then went into another room and returned minutes later with a photostated copy and a receipt which she handed to me and politely requested, "Dua Ringgit." I paid and became increasing confused as to where the whole exercise was going to take me.

That was when the corporal, an older, slightly overweight jolly gent informed me that there is a balai that's closer to where I live. Oh really? Thanks. And by the way, that's where you should go next time you have something to report that happened in the area where you live because that's their jurisdiction.

What???!!! You mean I have to....Yes you have to go over there and do it all over again. Why? Because the I.O. (investigating officer is there ma) What the...!!! But okay la at least the flers at Balai Polis Tmn. Melawati were pleasant and parking was a breeze.

I arrive at the balai polis in AU (which stands for Ampang Ulu Klang as I found out after 6 years of living in the area).

Big balai. New. Fresh paint. Air-con. Smiling officers at the reception desk. I was guided to the first floor where I met the I.O. a young inspector who was clearly not having the best of days. He had the flu and to make his day he was nursing a toothache too. Anyway, back to the story...

He invited me into his office. Took one look at the copy of my report and didn't even bother trying to read English and asked me to verbally explain to him what happened. I did and he listened intently. When I had finished. He was quiet for a moment and turned to his p.c. (the one on his desk not the one in uniform), stared at the monitor for a moment and then asked me to repeat what I had told him for the past 5 minutes! Sigh. I did. He typed. What I don't know.
Another 5 minutes of regurgitating the story later he turned to me and began to ask me a series of questions the answers to which were in what I had been telling him for the past 10 minutes! But I focussed on the smiling officers, the air-conditioning and the easy parking and how the current IGP has been trying to make a difference and did as he requested. As I spoke he poked at the keys of the p.c. and proceeded to type my narration into his computer. Unfortunately, the good inspector was one of those slothly one finger typists. 20 minutes later he was done. He asked if I had anything to add. I said no and he hit the print button. He gave me the printed statement and asked me to read it before signing it. That was when I discovered that he had left out a crucial part of my report. Oh.

He asked me what he had left out. I told him and he began typing again. Very slowly. After 10 minutes I impatiently asked him if he was typing the whole thing again or just my addendum. He replied the former. Huh???!!! Why la dei? System is like that. Once saved cannot alter. Must type new one. Okay. Another 20 minutes. All done. Print. Check. Everything there. Thank you.

Errrr...now I will speak to my superior officer and then we will decide what to do about your complaint. What???!!!

As I was leaving his office the young inspector did offer a piece of advice. Move out from my apartment to avert any future dangers to my children and family. Well, thank you very much mister investigating officer inspector with the flu and toothache. You have a nice day too..

I drove out of the free parking lot of the Balai Polis AU. 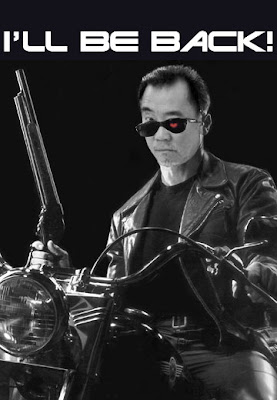 Image courtesy of mob's crib
First of all, my sincere apologies to all the visitors to Tokkok who've been faithfully checking in but not finding any new posts since January 2007. Several reasons for this. Time is one. Inclination is another. The chat box seems to be doing well though. Thanks for the chat's, people. It is a good feeling to come here and see your chatbox comments.

Well, I have to announce that there will be no more Tokkok. For a while more anyway.

The time for tokking kok is over. The time has come to say Niamah!!! And DO something. Boycott racist banks. Call, email, write and vote out good-for-nothing members of parliament. Demand answers. Do not tolerate incompetence, mediocrity, bad government. Speak up for what is right. Exercise your vote in the elections. Speak up as Malaysians...

"I'M AS MAD AS HELL, AND I'M NOT GOING TO TAKE THIS ANYMORE!"
(from the MGM film Network) 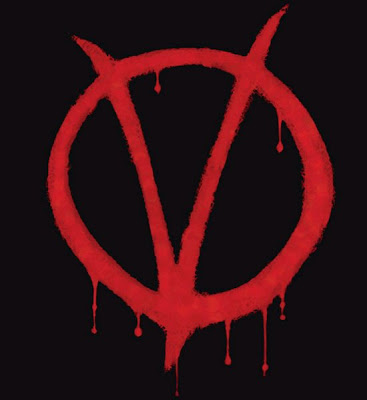 
For treament of Tokkok withdrawal symptoms click the links below:-